A malfunction in a pump control system, the cause of which was not found by service technicians, was easily and reliably cleared up by DasyLab.

The city works of Ulm/Neu-Ulm (SWU), Germany uses several SIMATIC control systems in the water pump works in the city area, all of which are monitored by one control center. Within a period of 14 days there were ten reported faults of pressure drops in one of these pump works, although when a search was subsequently conducted on site the technicians were unable to identify any faults. 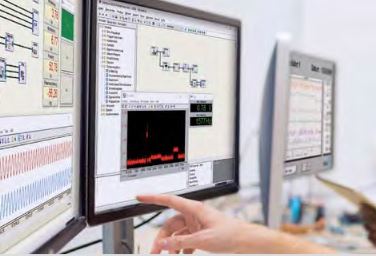 Scouting for an answer

To resolve this dilemma, important parameters such as actual and desired values of the water pressure and the pumps had to be monitored for several days, for which purpose a PC equipped with DasyLab was employed on site. The result was impressive. Startup of the auxiliary pumps had caused inductions in the cables, which due to defective shielding influenced the adjacent signal transmission to the control center. This glitch was too short to be shown on the existing conventional 3-channel curve tracer. However, with DasyLab up to 256 process signals can be simultaneously recorded and output from the SIMATIC system. 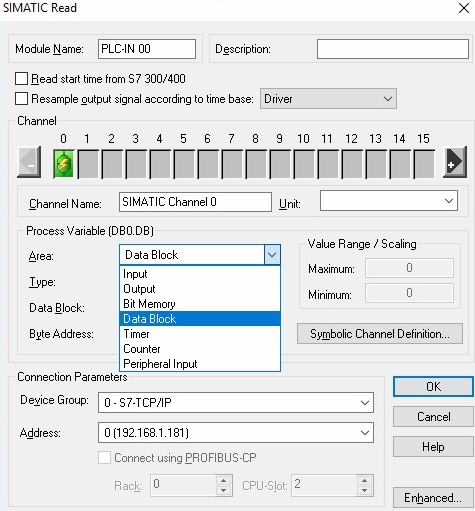 Irrespective of the time of the fault, the measured values are not recorded until shortly before the fault occurs by means of specially adapted trigger settings. The course of the curve can be examined at any given time and the zoom function enables the relevant section to be inspected in detail. Laborious searching through mountains of paper is therefore avoided. DasyLab can now also be used for data from a machine controlled by a SIMATIC S7. With functions such as threshold value monitoring, prior and subsequent triggering, time-controlled starting and stopping of measurement value recording, linking the measured values to mathematical functions or the recording of reports in text form, DasyLab is also highly suitable for operations such as quality control, commissioning, service and the recording of machine data. Its flexible and user friendly interface makes it an impressive tool which is therefore to be seen as a useful supplement to every SIMATIC S7/S5, particularly if analog signals are recorded.

We use cookies on our website. Some of them are essential for the operation of the site, while others help us to improve this site and the user experience (tracking cookies). You can decide for yourself whether you want to allow cookies or not. Please note that if you reject them, you may not be able to use all the functionalities of the site.